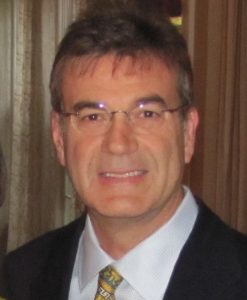 For more than 35 years, Timothy Purcell has been one Houston’s most respected names for lawsuits involving serious injury and wrongful death as well as insurance disputes. Mr. Purcell has tried scores of cases to jury verdict as lead counsel and settled hundreds more short of trial. Many of these have resulted in seven figure recoveries for his clients. He has also successfully prosecuted appeals before the Texas Supreme Court.

After obtaining his undergraduate degree from Vanderbilt University with honors, Mr. Purcell returned to his home town of Houston, Texas and obtained his law degree from the University of Houston in 1985. After practicing with a large Houston firm for 15 years, Mr. Purcell decided to carry his years of experience with him and open his own law practice in 2001.

Mr. Purcell has been honored by election to membership in The American Board of Trial Advocates – an honor bestowed on only a small, select group of accomplished trial attorneys. Less than 1% of licensed Texas attorneys have been elected to membership in this prestigious organization.

Mr. Purcell believes in client relationships built on trust, integrity and total dedication to his client’s cause. In more than 33 years of practice, Mr. Purcell has never had a single claim, suit or grievance filed against him by any of the several thousand clients he has represented. Mr. Purcell has been voted one of Houston’s Best Lawyers in H Texas Magazine. The nation’s leading legal directory awards him its highest rating for legal ability and ethics. Mr. Purcell does virtually no advertising of his legal services and the vast majority of his cases are referred to him from satisfied former clients or local attorneys familiar with his outstanding reputation and trial advocacy skills.

On a personal note, Mr. Purcell has been married to his wife, Hilary, for 33 years. They have three children – Caroline, Connor and Mitchell. Mr. Purcell is an avid tennis player and has played on USTA league teams which have competed successfully in local, state and national tournaments. He served on the Board of Directors of the Houston Racquet Club from 2006 to 2010 and was President of the Board in 2009.

Peace of mind during the claims process.

The money you deserve.